Qamsar is a town in central Iran Located about 31 kilometers south of Kashan. The town of Qamsar is most famous for its roses, rosewater and rose perfume. Qamsar, together with three other smaller towns of Niasar and Barzook in the Esfahan province, are the main producers of rosewater in Iran for well over 800 years. Moreover From the 13th century and possibly considerably earlier, cobalt was mined near Qamsar. It is possible that the cobalt ore was also exported to China. 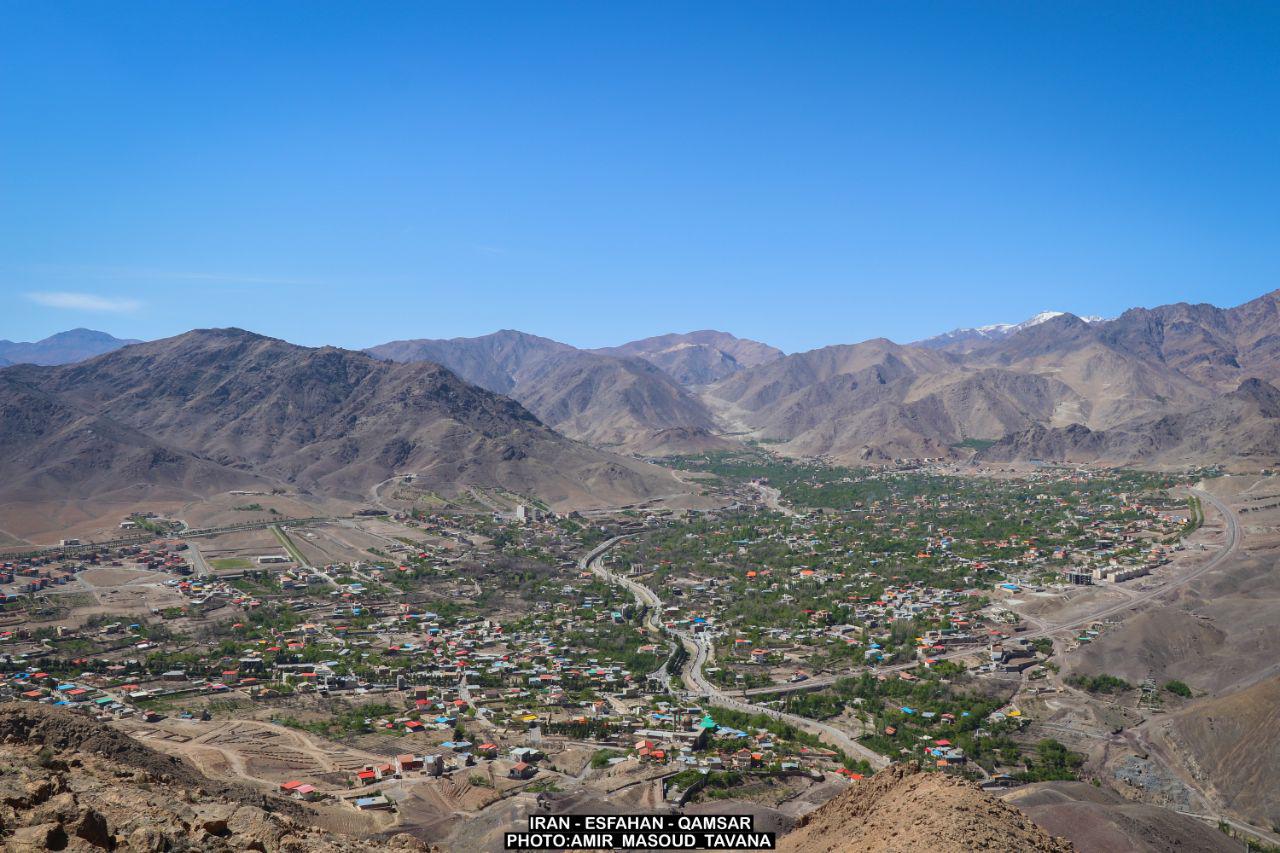 Every year during the second half of May, visitors from all over Iran flock to Kashan and the towns of Qamsar to witness the rose piking and rosewater extraction festival. This unique tradition, peculiar only to Kashan and the surrounding towns, particularly Qamsar, usually begins with the flower picking ceremony just before dawn. Although many modern mechanized factories have been built, a large part of rosewater production in Qamsar is still carried out traditionally in homes and gardens. This clearly indicates the uniqueness of the festival centered mainly on its cultural, artistic and social aspects. 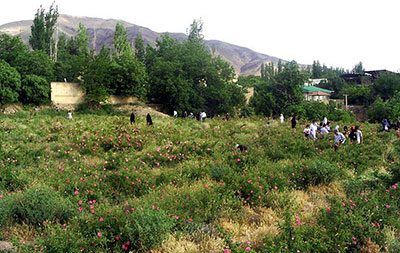 Qamsar's rosewater is made from a special rose called "damask rose" wich its scientific name is Rose damascena. It has a very distinctive flavor and is used heavily in Iranian cuisine and sweets. At times, it is also mainly used as a perfume, both in joyous and mourning occasions. According to the local, there are three different qualities of rosewater produced; all depends on the freshness of the flowers. The first extraction is usually of high quality and is much in demand by international and national cosmetic companies. The other two are used for culinary and other purposes. 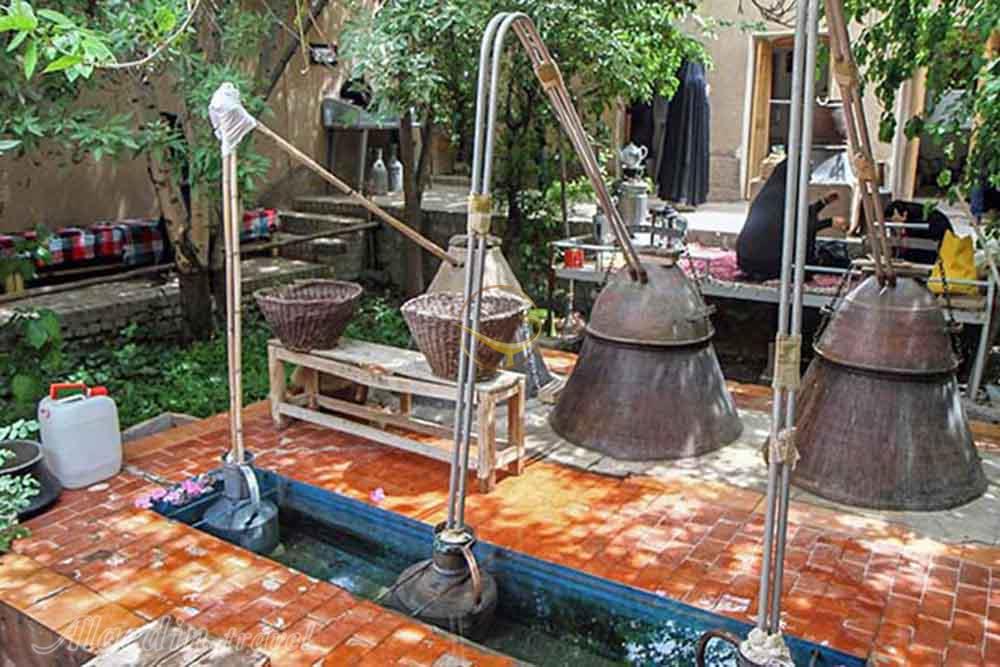 The world famous rosewater of Qamsar-e Kashan is already globally renowned, especially among Muslims because the holy Ka'ba in Mecca is washed with this water during the annual Haj pilgrimage. And the high quality essential oil from Qamsar's "damask rose" is also exported to countries such as France and Bulgaria for their perfume-making industries. 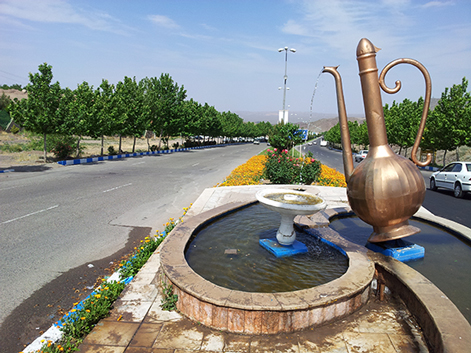 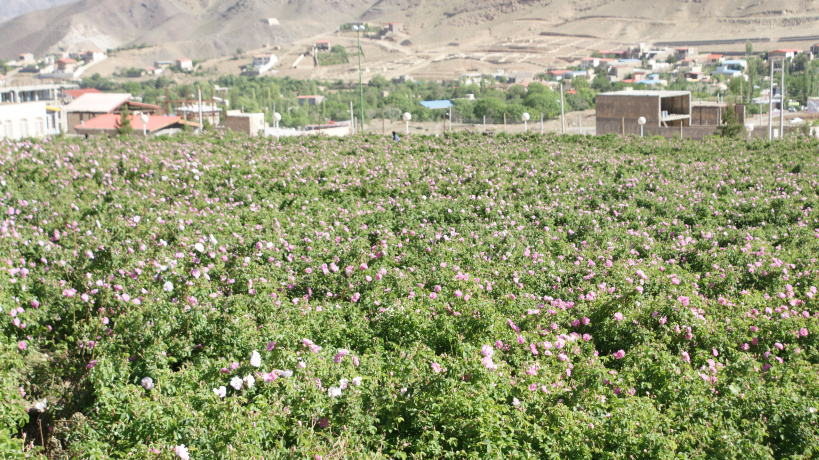 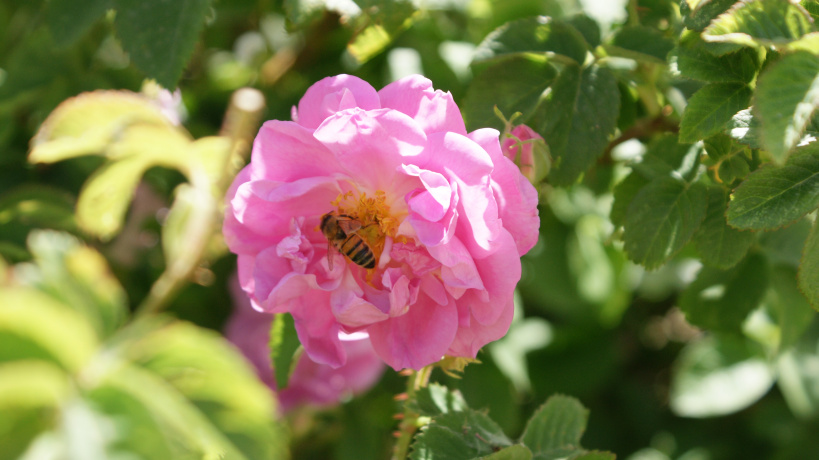 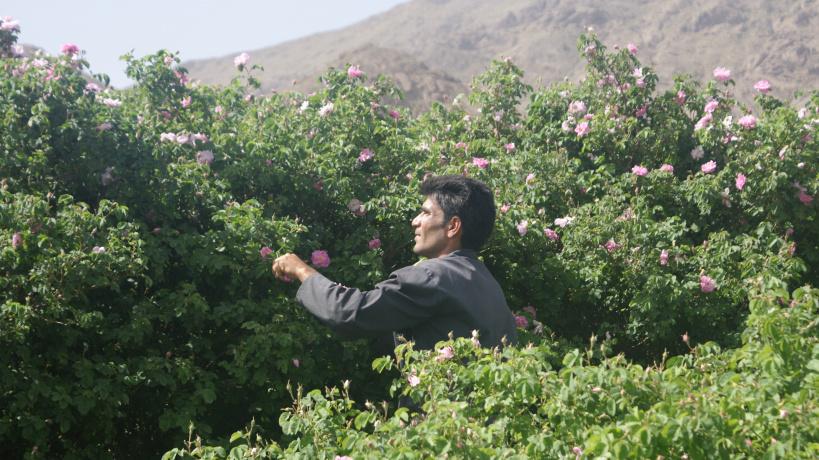 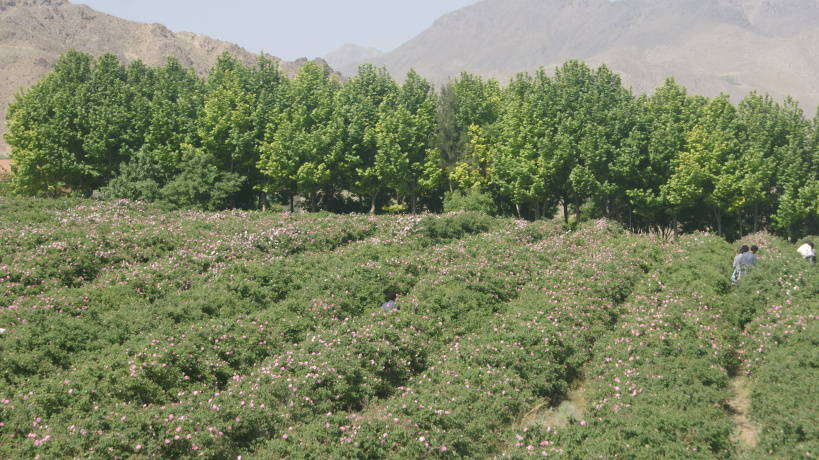 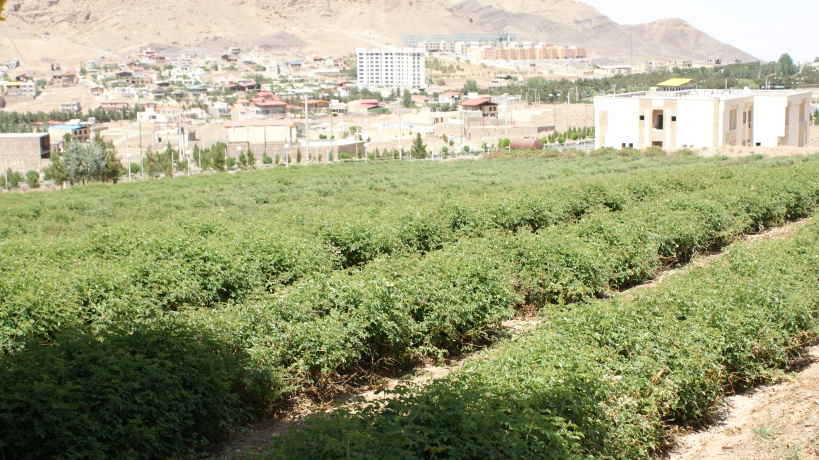 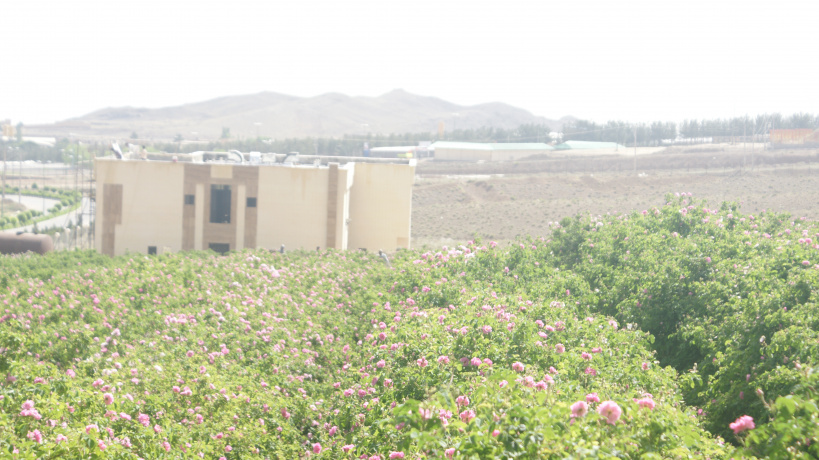